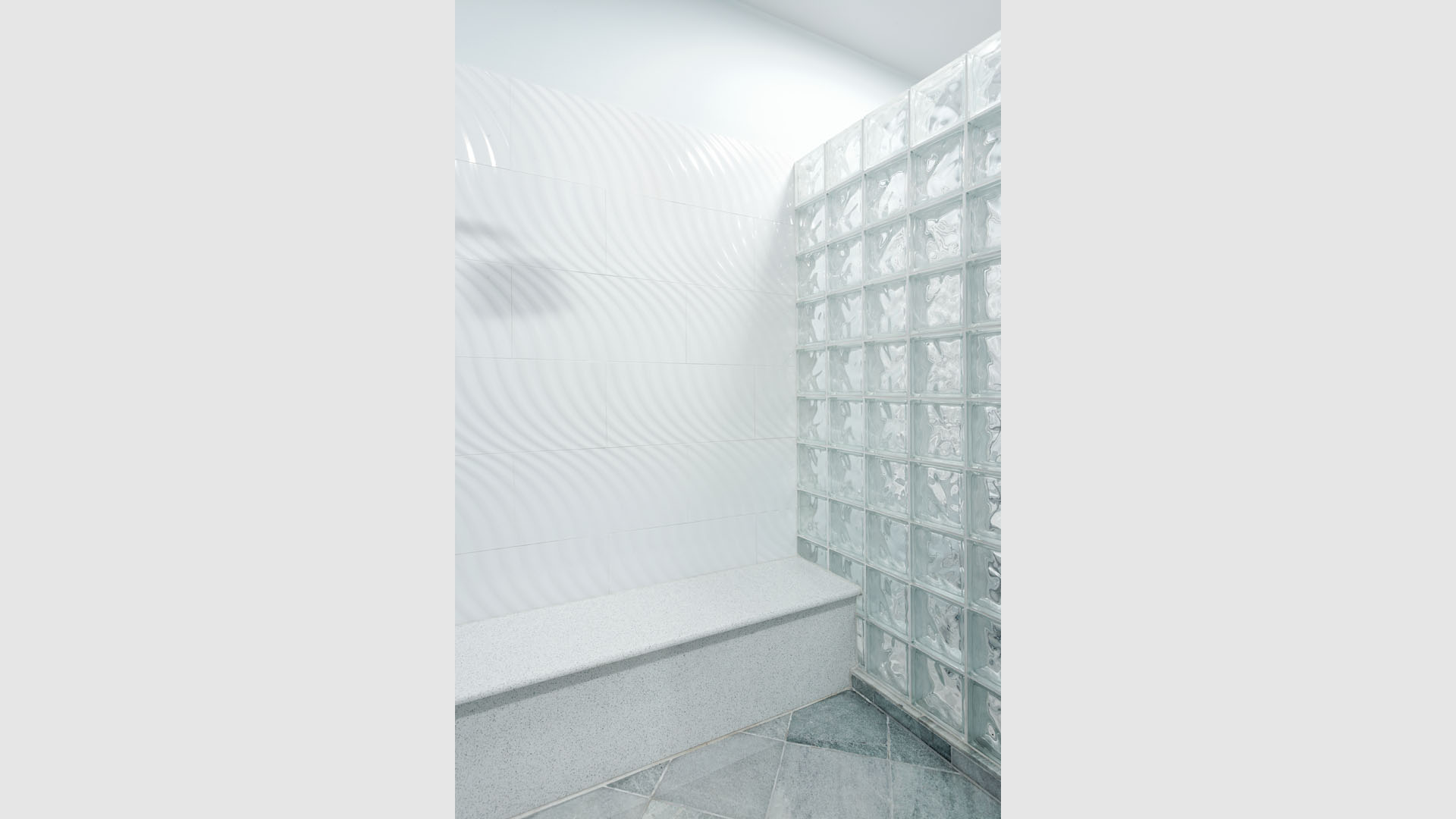 Mid age couple who own a semi-contemporized home in Centreville Virginia had a dated master bathroom suite that by no mean had ever been fulfilling there needs. Their existing bath was a drag traditional and dated. Client has a very modern taste and through several consultation meetings with our design staff we found a layout of their taste.

All the plumbing and electrical had to be worked with for the new layout.

The clients previously replaced the bathroom windows with glass blocks. Thus, the contemporary glass blocks were used instead of partition walls and this added a lot of openness to this new bathroom layout.

We designed and implemented large polished lime stone tiles in the bathroom floors and walls, and implemented glass tiles as an accent. Free standing oval tub has made a great impression of a more spacious space and a contemporary look for this project.

Since, this bathroom was over slab concrete every plumbing and drainage had to be done by the way of busting concrete slab and ground plumbing in order to have the toilet and bidet. A two-person shower stall and a free standing tub were installed as per the new plan. Also used very modern body spray shower system.

Custom built high level cabinetry and vanities, modern lighting such as recess and hanging fixtures contributed to bring to this customer, an extreme makeover into the final project.